Norman A. Carlson Award 2000
Supervisor of the Year 2000
Excellence in Operational and Program Review 2000

Instructor PR-24 Side Handle Baton 1994-1995
Conducted training classes and certified correctional staff in the proper use of a side handle baton and use of force techniques.

Instructor Nonviolent Crisis Intervention 1995-1996
Conducted training for staff in the standards for crisis prevention and intervention training. This training provided staff with the skills to safely and effectively respond to anxious, hostile, or violent behavior while balancing the responsibilities of care.

Instructor Use of Deadly Force 1998-2001
Conducted training for all institution staff in the use of deadly force.

Instructor Ethics 2002-2009
Conducted training for all staff during annual training sessions in policies related to ethical behavior both in the workplace and outside activities.

Gravette Consulting 2010 - Present
As a Litigation Consultant I provide litigation support and expert witness testimony. I have the responsibility to review and analyze case materials to include written reports, video footage and if available recorded phone conversations. I assist the attorney client with deposition and trail preparation focusing on discovery and evidence. A written report is prepared with opinions I have formulated from research and materials provided for each case. Inmate standards of care and conditions of confinement are a central focus point of my work and preparation.

I have been involved in cases on the Federal, State, Parish and County levels. My years of experience as a correctional professional has led to cases ranging from homicides, suicide, assault and death in custody. I have prepared Federal Rule 26 reports and provided deposition testimony. I have provided expert testimony in Federal Court and have been qualified in the following areas: prison culture, Bureau of Prisons policy, prison homicide and investigations, prison staffing and policy, inmate behavior and comparative disciplinary records. Attention to the details of each case and interpretation of policy is utilized as the basis for my opinions.

Creative Correction June 2012 - September 2014
I was employed as a Subject Matter Expert in the field of corrections for Creative Corrections in Beaumont, Texas. I worked for them conducting Office of Detention and Oversight (ODO) audits for the United States Immigration and Customs Enforcement Office of Professional Responsibility. I was involved in four to five audits per year during my tenure with Creative Corrections. I would go with a team of other subject matter experts and review the facilities overall operation and physical plant layout. The audits were completed utilizing Performance Based National Detention Standards. Of the areas I have been assigned during the audits I have reviewed and documented the facilities compliance in Use of Force and Restraints, Special Management Units, Food Service Operations, Classification System, Staff-Detainee Communication and Sexual Abuse and Assault Prevention and Intervention.

KeyPoint Government Solutions 2011 - 2014
As a contract special investigator I conduct background investigations in support of national security, focusing on casework for the Office of Personnel Management (OPM). My primary duties include, but are not limited to, conducting background investigations for the purpose of determining employment suitability of persons who require access to sensitive or classified U.S. Government information. I conduct face-to-face interviews with the subjects and his/her neighbors, employers, friends, and family. I also perform record searches at law enforcement agencies, courthouses, educational institutions, financial institutions, and medical/mental health facilities.

Prison Rape Elimination Act Auditor 2015
I have been certified as a Prison Rape Elimination Act (PREA) Auditor for Adult Facilities by the United States Department of Justice. I completed a one week intensive certification class at the National Advocacy Center in Columbia, South Carolina. I am available to assist with the certification process and complete the required audit process for Adult Facilities as directed by the PREA Resource Center utilizing the standards and guidelines required to meet the standards and laws of the Department of Justice.

Federal Bureau of Prisons 1990 - 2010
During my career with the Federal Bureau of Prisons, my assignments have been as a correctional officer, GS-9 lieutenant, GS-11 lieutenant, GS-12 captain, GS-13 captain and associate warden. My assignments have been at eight different locations and one location twice. The assignments were at varying security levels which included administrative facilities, four medium security facilities, federal detention centers, and two high security facilities in locations across the southern United States. My primary duties dealt with the safety, security and orderly running of the institutions which included the oversight of internal audits and preparation for program review visits, American Correctional Association visits and institution character profile visits. My association with the American Correctional Association has been on six different occasions. I have participated in program review visits as an auditor and accompanied my regional director on two occasions on institution character profile visits.

I have been involved in numerous incidents of inmate violent behavior and emergency situations over the span of my career. I have been the on scene commander for inmate disturbances and riots, responded to medical emergencies and acts of violence ranging from assaults to homicides. I have been a member of after action review teams and participated in mortality reviews.

I was assigned as an associate warden at three facilities from 2001-2010. During these assignments I was responsible for several areas of the institutions and the program and operational reviews for those departments. I completed the yearly reviews of our local policy and continued to monitor changes in national policy as it affected the changes we needed to make to our local policy. I was tasked with being the re-accreditation manager for our American Correctional Association visits at two of the assignments. I utilized my past experience and knowledge of national and local policy as well as the mandatory standards for correctional institutions as set forth by the American Correctional Association to prepare our facilities for the visits. Along with a team of staff I made numerous inspections and walk thru visits of all of the areas of the institution. I noted areas of concern and made on the spot corrections. I was selected to participate in an institution character profile review at another institution by my regional director. This process is similar to a program review, which involves touring the entire facility and noting issues which are to be included in the final report.

I have made public speaking appearances which included the 16th annual Criminal Justice Act Panel Training and Seminar hosted by the Federal Public Defenders Office in Lafayette, Louisiana and the Lafayette Bar Association CLE program. My topic was The Prison Investigative Process and Your Client. The presentation included an insight into prison culture and inmate behavior, the investigative process in a correctional setting, how it is conducted, documented, and reviewed as well as inmate classification issues which include protective custody, high profile inmates and the influence of prison gangs on the day-to-day operation of a prison. 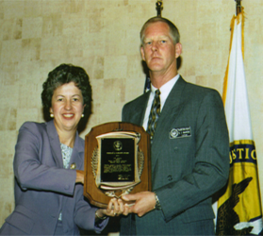